Blog/ Inspiration of e-commerce in China

Inspiration of e-commerce in China

BERLIN — Robert Gentz stepped off an Air Berlin plane in Beijing with the goal of conquering online fashion in China. By the time he boarded his return flight to Berlin, he had a new plan: to copy it.

Mr. Gentz, a 34-year-old German who is a co-founder of Zalando — a European clone of Zappos, the online American shoes and fashion retailer owned by Amazon — held meetings in the fall of 2013 with Chinese and international fashion labels, online stores and other parts of the local e-commerce industry. He wanted to expand his company into the world’s largest digital market.

But after the meetings, Mr. Gentz decided China’s approach to online fashion was far ahead of anything available elsewhere. He marveled at how Chinese consumers freely chatted with — and bought from — brands and stylists on WeChat, a local internet messenger, while online retailers, independent delivery companies and fashion houses routinely joined forces.

“We wanted to take that experience back to Europe,” Mr. Gentz said.

This holiday season, Zalando, which is Europe’s biggest digital fashion player, is using a made-in-China approach to take on Amazon, just as the American giant is looking to cement its place as the world’s dominant e-commerce company by expanding aggressively into the Continent’s still-fragmented world of digital fashion.

For decades, tech companies have taken their cues from Silicon Valley. But Zalando’s approach of borrowing from its Chinese counterparts represents a new strategy of looking East, not West, for inspiration.

In overhauling its successful European online fashion store into a digital platform, Zalando differs from others trying to match Amazon and its logistics and technological prowess. 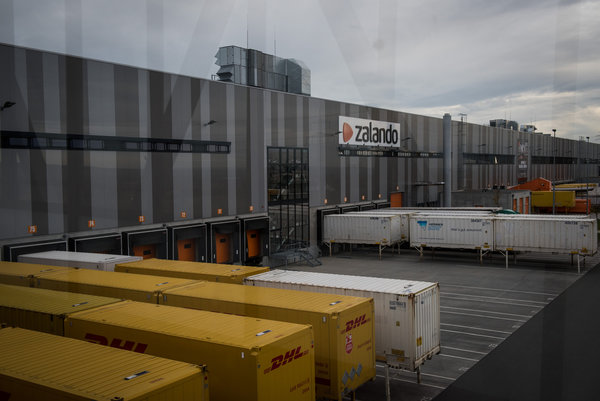 Truck containers outside the Zalando center in Erfurt. The company is Europe’s biggest digital fashion player.
PHIL MOORE FOR THE NEW YORK TIMES

The German company previously focused on handling all sales and inventory itself. But in addition to selling directly to consumers, it now wants to remake itself into a digital shopping mall, allowing fashion houses and retailers to make sales as well, often with limited input from Zalando.

These efforts, roughly a year in the making, may foster a rare European tech player able to give Silicon Valley heavy-hitters a run for their money across the region, still one of the world’s largest — and most profitable — markets.

“If you want to be the dominant player in a geographical area, you need to go beyond being just a traditional e-commerce player,” said Erik Mitteregger, a board member at Kinnevik, a Swedish investment firm that was an early Zalando investor and still owns a 32 percent stake. “It’s a necessary move.”

Zalando’s inspiration from China, though, comes with challenges.

Despite domestic dominance, Chinese players like Alibaba have yet to successfully replicate their business model overseas. Online shopping habits in Europe also are somewhat different from those in China. And Amazon and European competitors, including ASOS and Yoox Net-a-Porter, may yet outmuscle Zalando with their traditional takes on e-commerce.

For most Americans — and even some Europeans outside its core German-speaking markets — Zalando is not a household name.

It began in 2008 as a Berlin start-up founded by Mr. Gentz and David Schneider, two business school graduates who once tried — and failed — to build a Latin American rival to Facebook. By 2014, Zalando had become the largest public offering in the European tech sector since 2000. It counts Rocket Internet, a Berlin incubator known for copying successful online business ideas, and DST Global, a backer of Facebook, Twitter and Alibaba, among its early investors.

To meet the needs of Europe’s national markets, Zalando has tweaked its offerings. In Germany, where few people use credit cards, consumers can pay with an online service linked to their bank accounts after receiving clothes in the mail. In Italy, it worked with a local delivery company so people wary of goods not arriving could pay in cash upon receipt of their orders. 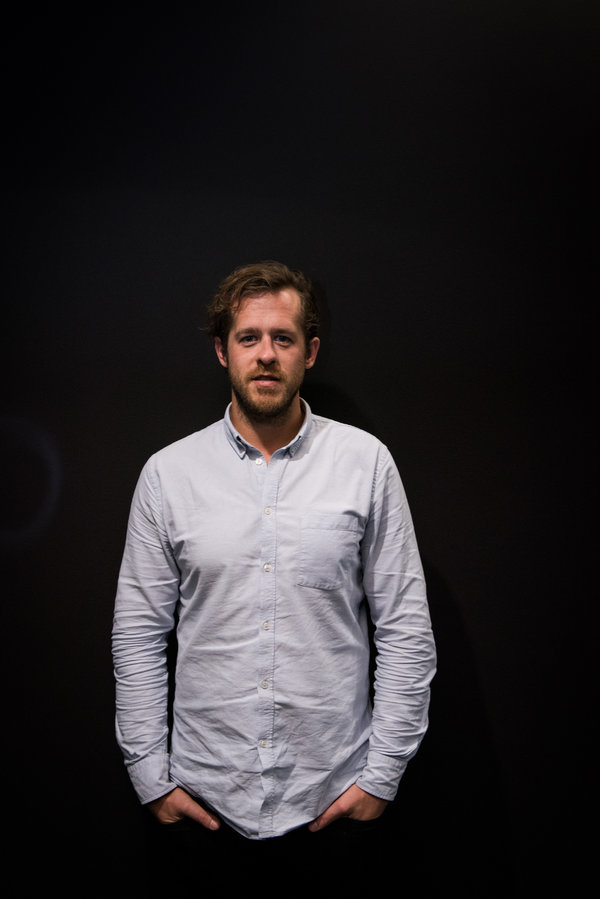 Robert Gentz, a co-founder of Zalando, which is using a made-in-China approach to take on Amazon.
PHIL MOORE FOR THE NEW YORK TIMES

While European competitors have also earned loyal followings, Zalando remains the largest, both by market valuation and total online sales, according to Euromonitor, a data provider. It is expected to double its yearly pretax earnings this year, to $220 million, and revenue is likely to jump more than 20 percent, to $4 billion, according to an average of equity analysts’ estimates.

“Zalando is well placed to be a leading fashion platform in Europe,” said Andrea Ferraz, a Morgan Stanley analyst in London.

Still, the company remains a relative minnow — its $9.5 billion valuation is one-fortieth that of Amazon. And Europe’s fast-growing online fashion market, estimated to be worth $75 billion, has not gone unnoticed by e-commerce giants.

Alibaba has hired local country managers and brought its payment service to Europe, mostly to serve Chinese visitors. Amazon has opened a fashion studio in London and joined the British Fashion Council to bolster its local credibility.

To compete with Amazon and others, Zalando has spent heavily on a network of logistics hubs that dot the European landscape.

On the outskirts of Erfurt, a sleepy German town, orange boxes filled with designer dresses and shoes scuttled along miles of conveyor belts, while workers on push-scooters sped through Zalando’s first custom-built logistics warehouse, now the size of 18 football fields. Four more — from Italy to Germany — are up and running, and new sites are planned outside Paris and, potentially, near London.

And just like Amazon, the company has been accused of mistreating some of its workers, complaints Zalando executives acknowledge they could have handled better. 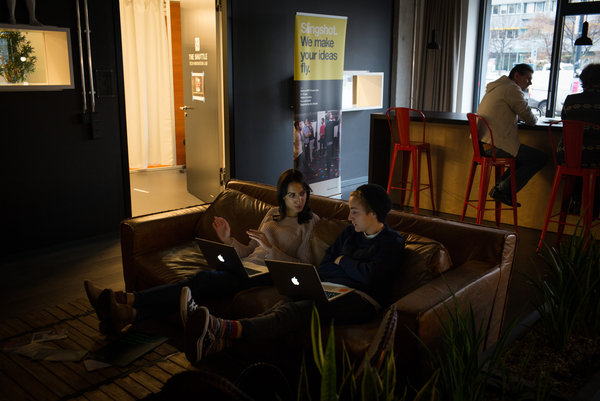 Zalando’s tech headquarters in Berlin. Its revenue is likely to jump more than 20 percent, to $4 billion, according to an average of equity analysts’ estimates.
PHIL MOORE FOR THE NEW YORK TIMES

As part of its overhaul, Mr. Gentz gathered his management team soon after Zalando’s I.P.O. in 2014, outlining the steps needed to become a digital hub for all things fashion.

For one, it is combining its logistical expertise with that of big brands and mom and pop stores all over Europe. The goal, executives say, is to use Zalando’s website and smartphone application as a platform to sell goods either from its warehouses or directly from fashion houses themselves, giving customers greater choice and flexibility.

Adidas, for instance, allows people to buy its items through Zalando’s platform, even though the final sale may come directly from the German sports brand’s stock (Zalando takes a commission). The relationship now includes same-day deliveries — the fastest, in Berlin, took just 24 minutes — from some of Adidas’s German stores.

“No one else offers this level of partnership,” said Roland Auschel, Adidas’s head of global sales, who first discussed stronger ties with Zalando during the 2014 World Cup in Brazil.

The e-commerce company has also offered up its in-house advertising team. That includes testing an online marketplace where Zalando connects fashion houses with “online influencers,” or personalities with large social media followings.

For Nicolas Borg, a Zalando strategy executive who previously worked at eBay, the next stage will most likely be chatbots, or humanlike interactions powered by artificial intelligence, to offer fashion advice to consumers on the likes of Facebook Messenger.

“In the future, what will matter is not where the purchase happens, but how you can influence it,” Mr. Borg said.

“That is our biggest challenge,” he added. “How do we change the online experience?”

How to establish a Wechat Marketing Strategy?

Create a Wechat store in China with Weidian